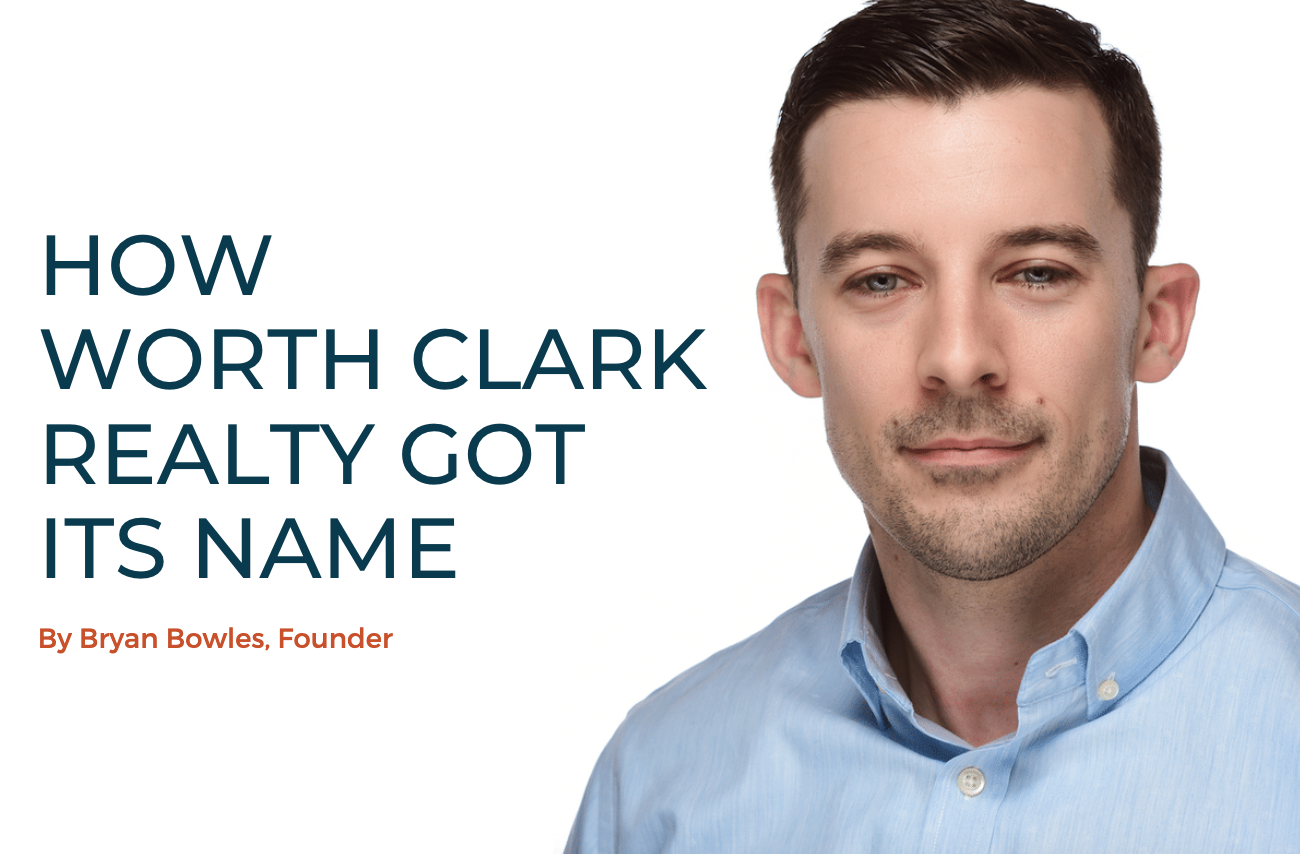 Anyone who has ever started a business knows at some point it might be the rational, sane decision to just quit. After all, if you have the drive and ability to succeed as an entrepreneur, you probably have the drive and ability to succeed at doing a lot of other things that are far easier—and more lucrative, at least in the beginning—than building a company from scratch.

Every entrepreneur has moments when their resolve waivers.

Moments when your family isn’t getting the attention they deserve because you are too busy being the CEO, COO, CFO, CMO, and every other “C_O” you could possibly think of.

Moments when you feel like nothing is going quite how you planned, and that corner you thought you were about to turn seems further away than it ever has.

I had plenty of those moments when Worth Clark Realty was growing from a one-person company to what it is today, but one reason I didn’t quit is because of our company’s namesake: Worth Clark.

Who is, or was, Worth Clark?

Why is our company named Worth Clark when, as our founder, my name isn’t “Worth” or “Clark”?

Worth Clark was my grandfather. He wasn’t a business tycoon. He didn’t make his living in real estate. My grandfather became a butcher after his time in the military ended.

But my grandfather was more than “just” a butcher. He believed in his work, and understood that ideals like integrity and hard work count, no matter what you do for a living. He knew that, as a butcher, you never cut corners or put your finger on the scale.

The people who knew my grandfather best tell me that he was an extremely hard worker, made people feel good, knew how to have fun, and cared deeply about his family, his community, and (most important to him) my grandmother. In fact, she never remarried after he passed away.

I guess he was a hard act to follow.

In case it isn’t obvious, I’ll just say it: I look up to my grandfather, who he was, and the legacy he left behind. That legacy taught me that you don’t need to be rich or famous to make an impact.

You just need to work hard and put a sense of integrity at the forefront of everything you do.

That’s why when I started this company I named it after my grandfather. Some people create a company with the intention of selling it after a few years, and that’s okay. There is nothing wrong with that.

However, my goal is to build a company that will make my team here in the office, and my family, proud. When it came time to name the company, naming it after the person who embodied the company values I want to instill was an obvious choice—even if it makes everyone ask, “So…why is it called Worth Clark?”

Naming the company after my grandfather also ensured that I could never quit on my goal of building this company, even in those moments when walking away seemed like the rational or smart thing to do.

My grandfather’s name on our door means that this business is bigger than just me, and in the past few years we have gone from a one-man firm to a company that is starting to get some recognition inside and outside of our market.

How did that happen?

Here’s the secret. On the outside, we look somewhat similar to other real estate companies. Yes, we utilize technology and a few other tools to do our jobs faster and more efficiently. But that’s not how we innovate.

We innovate by approaching our job like my grandfather approached his. We don’t cut corners. We don’t put our fingers on the scale. We believe in doing honest work, and being transparent in what we do.

At Worth Clark we believe what my grandfather believed:

Being rich or famous can happen by accident. But integrity and hard work are always intentional acts, and they form the foundation of a successful life, as well as a successful career.

Other Resources in About

Should you require assistance in navigating our website or searching for real estate, please contact our offices at 800-991-6092.

The data relating to real estate for sale on this website comes in part from the Broker Reciprocity program of Midwest Real Estate Data LLC. Real Estate listings held by brokerage firms other than Worth Clark Realty | Chicagoland are marked with the Broker Reciprocity logo or the Broker Reciprocity thumbnail logo (a little black house) and detailed information about them includes the names of the listing brokers. Some properties which appear for sale on this website may subsequently have sold and may no longer be available. The information being provided is for consumers' personal, non-commercial use and may not be used for any purpose other than to identify prospective properties consumers may be interested in purchasing. Copyright © 2020 Midwest Real Estate Data LLC. Data is updated as of January 24, 2020 3:46 PM. Show More...